Found this photo of 8896 I took some time ago on the waterfront and thought I'd post it. 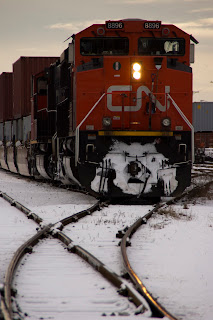 Well it's been a while since I've posted anything on the blog so I thought it was time. I have been busy with school, work and life in general but here goes. My youngest boy and I headed up the Skeena River to see the wildlife in and along the shore feasting on an oily little fish called an Oolican that make the migration this time every year......Sea lions, Harbour Seals, Eagles, Gulls, Ravens and anything that can catch and feed on the little fish will fill their bellies. I manged to snap a few photos of the wildlife but wasn't happy with the results so I turned my attention on a West bound coal train of 117 cars headed to Prince Ruperts Ridley Terminals. I managed a couple of shot of 2812 and 2820 and did a little processing in photoshop so here are the results. I'll try and get out a little more often but access to the waterfront and Ridley Island have been cutoff to the public due to projects being developed on the coast. 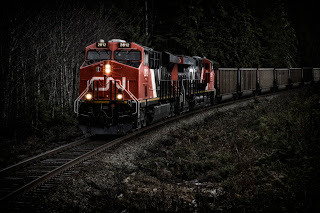 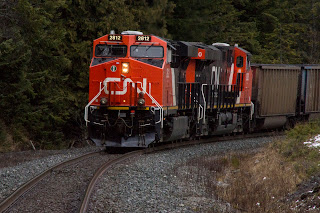 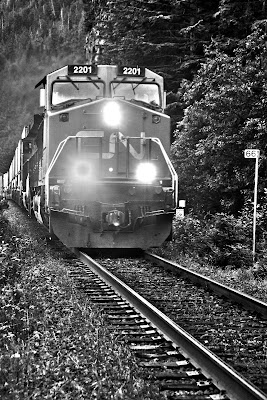 CN 2201 leading an Eastbound string of well cars headed for the heartland as it goes past mile marker 66 on the Skeena Subdivision.
Posted by Scott Duffus at 5:30 PM 2 comments: 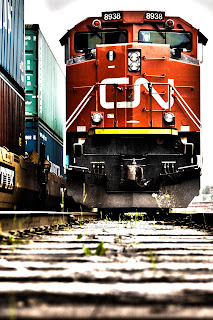 CN  8938 waits for the eveninig crew to arrive to start switching container cars in and out of Maher Terminals port facility.
Posted by Scott Duffus at 7:17 AM No comments: 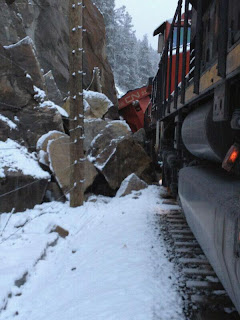 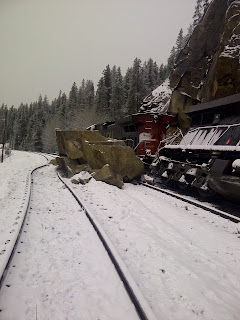 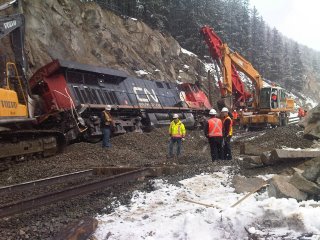 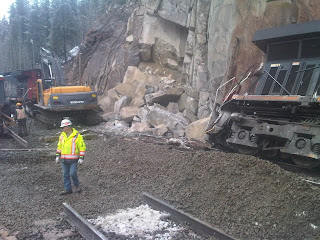 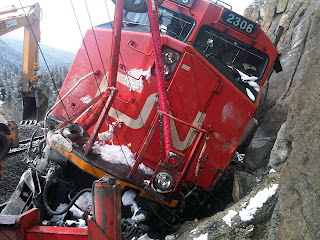 The following images are by an unknown photographer of a CN container  train which derailed at 1433 PDT at Mile 114.2 on the Albreda Sub (Pyramid, BC) when two sinkholes undermined the railbed. Locomotives 2288 and 8847 along with 18 carbodies where involved in the accident.

Posted by Scott Duffus at 8:56 PM No comments: 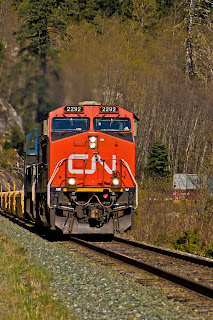 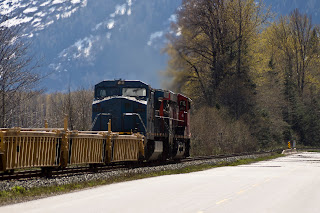 Posted by Scott Duffus at 8:52 PM No comments: 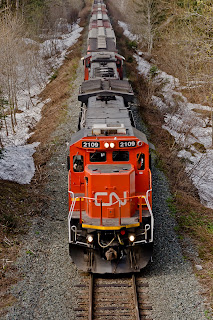 CN 2109 leads an Eastbound train of empty grain cars bound for the praries to be loaded before making the return trip back to the port of Prince Rupert.
Posted by Scott Duffus at 9:11 PM 1 comment:

Well CN has had another derailment outside of Wainwright Alberta. 31 rail cars came off the track while crossing a 845 meter long, 60 meter high trestle plunging 17 grain cars into the Battle River Valley. There are no reported injuries. Photographer unknown. 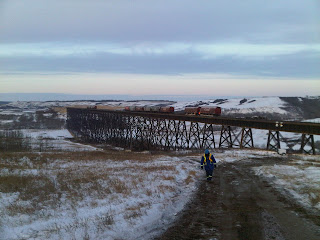 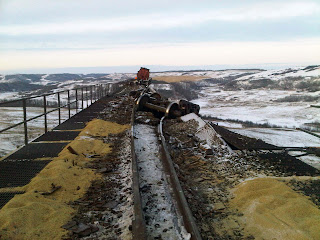 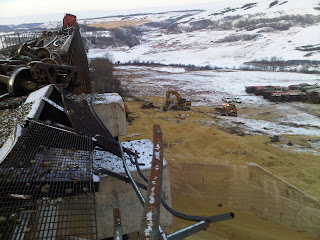 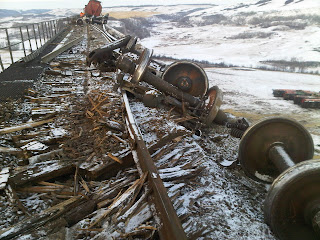 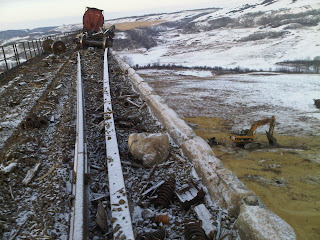 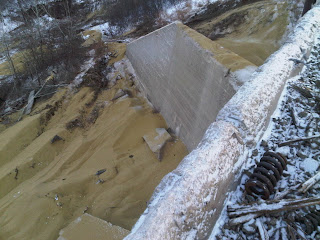 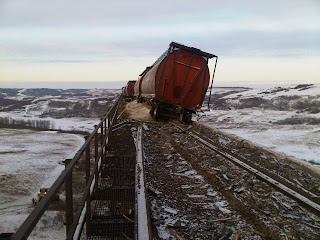 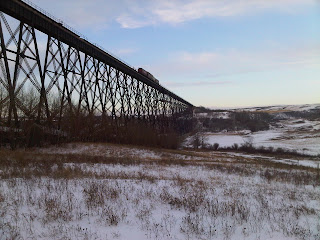 Posted by Scott Duffus at 9:57 PM No comments:

Well it looks like there was a mishap at Robert Bank Coal terminal in the rotary car dumper. The following photos show CN locomotive 8022 on its side exiting the shed. photos by unknown. 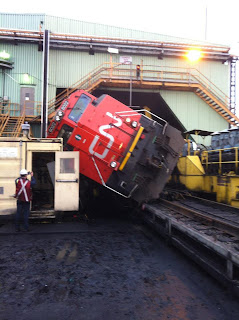 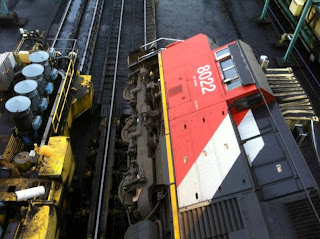 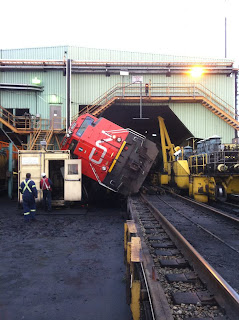 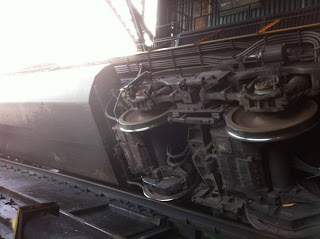 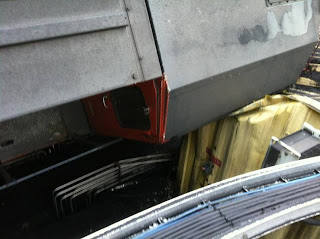 Materials obtained through this web site belongs to the respective owners of such materials and are also protected by national and international intellectual property laws, conventions and treaties and may only be used for your personal non-commercial purposes, single copy only. Prince Rupert Rail Images or respective copyright owners may appropriate legal action if there is any infringement of these rights.

All other rights are reserved, and commercial uses including publication, retransmission, broadcast, posting to newsgroups, mail lists or electronic bulletin boards, circulation, selling, reproduction or redistribution in any medium are prohibited, except with the prior written approval of the copyright owner.